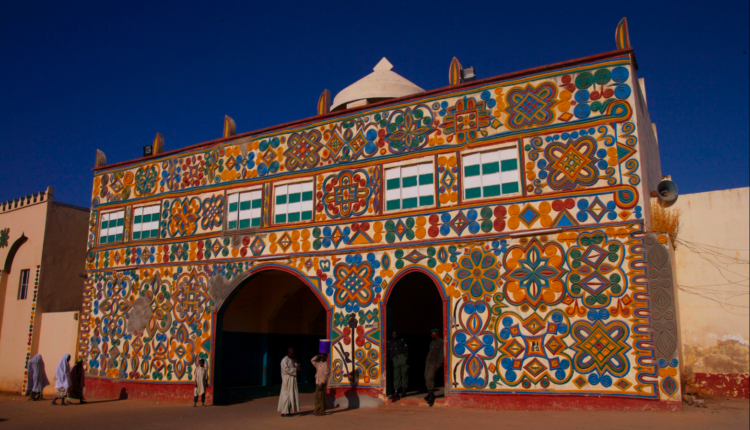 Legacy’s vision is to promote and preserve the character and appearance of historical buildings, monuments and environments in all parts of the country. Can you list some of your successful projects?

Legacy is sort of a historical and environmental interest group in Nigeria. It is one that started with  a few of us including me and it has been going on since 1995. We have several projects but the two most successful ones will have to be the Lumpkin house and the Jaekel house in the railway compound because they are good examples of old buildings which have been successfully restored.  People rarely get the opportunity to do this.

The governor of Lagos State was stalking about this recently and he was saying that we don’t seem to realize that streets were named after people. At a time when people will say he has done a good job let’s keep his name so they name a street after such a person but we  are losing our history when people rename those streets. The same thing applies to buildings they have a lot of history  behind them and  so it is important to preserve them.  The other thing is it gives you a sense of pride. I mean when I go around London or my home town, I learn about the history and if I don’t I  go somewhere where I can. So at Legacy we are preserving the heritage of Nigeria. It applies also even to the railways, I gave a talk to an audience  and  I said to the people,  you are all a part of the heritage cause I know that most of you, either your father,  grand fathers and maybe your great grandfather worked in the railways. Imagine if we start throwing it away, it may be colonial but I look at Roman buildings in England , ok so the Romans made us slaves but they brought us certain civilization; Imagine how deeps it runs.

Can you tell us about Jaekel House?

Francis Jaekel was an English man who worked in the railway for 27 years, after he retired he came back here for a short time at the request of ex- president Olusegun Obasanjo who asked him how he will revive the railway. He came up with a few ideas but the most important thing which he did was to write the history of the railroads. He didn’t live in that house but he was recognized by Greg Ilukwe, managing director of the railroads  during the Obasanjo civilian era.  Ilukwe did  a few thingS to get things started and when the railway was finished.  Ilukwe said he was going to give us a building where the museum can start and he said the man who wrote the history of the railroad deserved to be remembered. So the house  was called Jaekel house in honour of him because he wrote the history of the museum.  Again you see that the names, the place, the roads named after people are very important and that is why we need to preserve some of those buildings.

As we celebrate 100 years in Nigeria, can you tell us our accomplishments in our architecture?

A polish academic wrote about traditional architecture in Nigeria. He joined the national museum in the 50s and his job was to record traditional building, how it was built and all that. His work is a fantastic resource. We have resilient architecture which started around  the 1850s and we have got good examples of such like the Lumpkin house, Christ church cathedral, Holy Cross Cathedral. We also  have a lot of colonial buildings like the Mapo hall. All over the countries there are examples of good modern architecture of the 50s through to the 70s to 80s. Of course there are more coming up now and it will be  a difficult one to cover but there is a lot.

Where do you see Nigeria’s architecture in the next 100 years?

That is a difficult one. I think in the next hundred years all over the world the profession is going to change. Architect is not a word you can eliminate easily from the dictionary. There will always be people who want to express themselves. We have got one or two architects coming on very well but they don’t have the same opportunities because basically we have an audience that is not very appreciative. It will take time but we will get there. People forget that the architect is the master builder or should be but he is responsible for throwing that away particularly in this country due to  bad work, corruption and all of these add up to make it very difficult.

However there are few of us who believe that we can bring it, we believe we are capable of building good buildings and believe also in the fact that we are here to make changes. There is a small group that is now working on changing the architecture curriculum so if you say what is happening in architecture in the next hundred years , it has to be that architects will be heading more design and build and that is a course which we believe we have to work at in the university. We need good teachers, good architects, we need good people who are prepared to do what people want here. If you look around you in some areas you will see houses as far as the eyes  can see, the trees are all gone and  no architect can cope with that.  We need a sort of leadership that realizes that you need trees and grass in an environment that you live in.

At Home With Alan Davies

A City in Transition: Hans Wilschut’s Urban Studies Of Lagos